Been REALLY busy, but finally time for a blog entry! Over the next few weeks there will be ALOT to read, so it will be worth it! For now I will upload some photos of my Japan import AE86 and my Friends UK spec AE86...VERY different and made for a good photoshoot! Personally I do like both models. Ireland has a huge love for the AE86 as many know, but a very 'split' scene, with a big divide of UK/Jap Spec...It has been raised many times, and even results in arguements haha, but I think its all good. For me, I prefer a nice clean, higher spec'd Import, good tuning, better styling, extras etc, compared to the more simple, understated UK. It's a debate that will go on forever, considering the now huge 'cult' that has been made around UK AE86's...but, I wont be selling mine for one, Function over Following (the crowd) is what I say! I'll stick to the Jap spec '86. 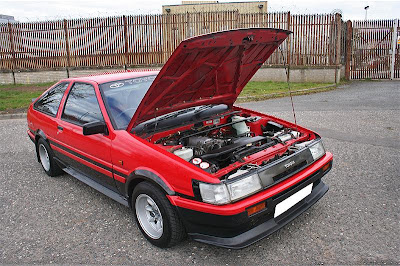 Two very different cars, but each nice in their own ways... 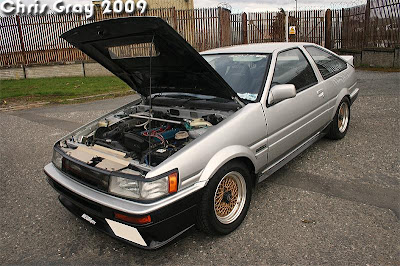 Personally for me I prefer the Jap Import, but Red/Black is nice! 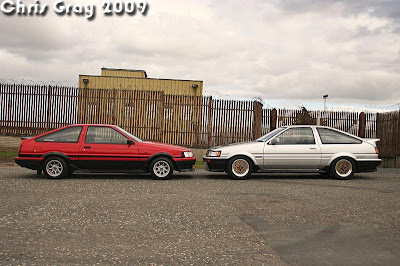 So which style do you all prefer?? 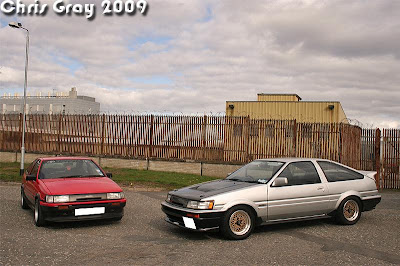 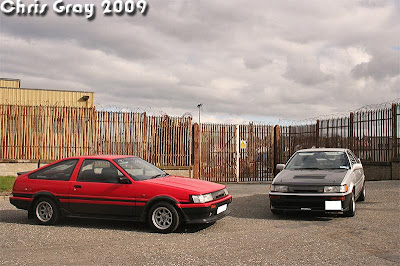 Just got full photoshoot of the AE86 done this week...looking good! 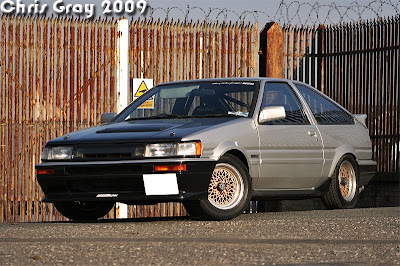 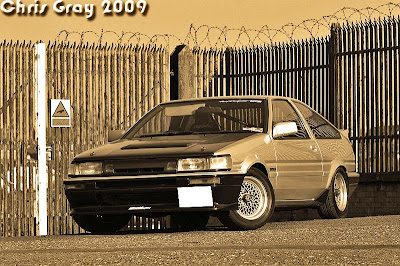 So for now I'll let the photos do the talking...more soon! 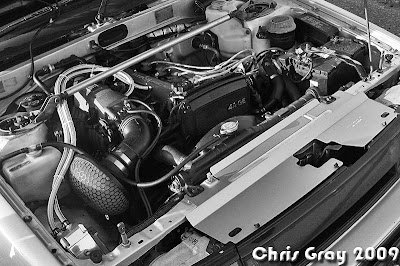 WOW, been really busy lately, but finally some time for a quick update. Been enjoying the AE86 when possible. ALOT going on at the minute, which I will reveal over the next few weeks with some big updates! Engine is all complete now on the '86, now with the addition of some cosmetic touches. More soon over the Easter break... 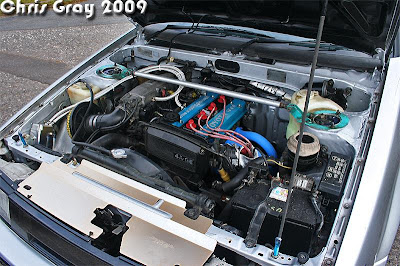 Chris
Moshi Moshi?! Im Chris, from Ireland! I guess I now live the Tuning Life in Japan, even though I actually tried to 'avoid' it at one stage. I'm a Tuner, Driver, JDM importer, Photographer, Writer, Tour Guide, the list is endless! On this blog you will see what I get up to in my busy life - From Cars and Travel to Food, People and Photos etc. This blog will also keep you updated and link you to my friends in the Tuning World from Japan, USA, & Europe. Thanks for dropping by to read, and come back again soon!...Chris